Since we were staying so close to Petersburg Battlefield, we thought we’d run over and experience some Civil War history before we left town.

If I remember tonight, I will upload a photo gallery. Very. Cool. Place.

The visitors center wasn’t open. We arrived too early in the morning. But the National Park is gorgeous. Sadly, we found a gazillion mosquitoes. So by 9 am I was already providing a hardy breakfast for my insect companions.

The Battlefield has been meticulously groomed to not only preserve the history, but uses tall grass to indicate where various forces stood during battles. 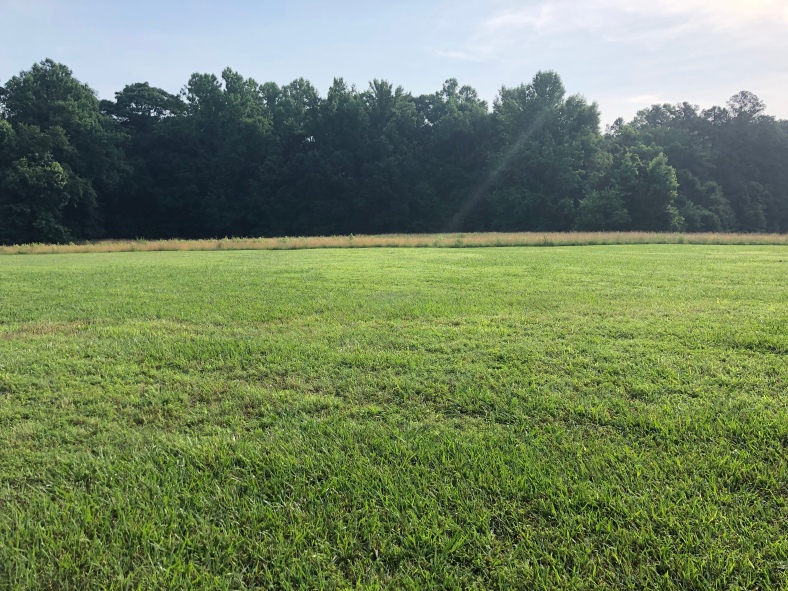 The teens fell in love with the cannons. And we had fun wandering around. Then we saw the ranger raise the flag so we went into the visitors center and watched the movie.

The American Civil War is such a sad period in American history. The aggression among own our people. The race issue. The slavery issue. Our own people tearing our nation apart, destroying ourselves and our resources.

The battles in Petersburg were pivotal to the end of the Civil War, and some of the strategy involved were amazing. During the Battle of the Crater, the Northern Forces dug a tunnel under the Southern camp and filled it with something like 8000 pounds of gunpowder.

The resulting explosion was the 19th century version of a nuclear mushroom cloud.

And the men ran into the deep fiery crater to fight. Might be worth googling. Amazing story.

And then my daughter found a bugle in the gift shop.

She’s wanted a bugle for years.

So she used her birthday money to buy it.

We all slept longer than we expected to after our first day in Gettysburg. So much I wanted to do, yet we couldn’t even arrive at breakfast until close to 8:30. Luckily, our hotel was less than a half a mile from the start point of Gettysburg Walk #2 (hosted by the York White Rose Wanderers). My plan was this: continental breakfast at the hotel, 5k battlefield/monument trail, water and snack break, then the 5k town trail, have lunch in town, head to the confederate trail and do one of the 5k out-and-back trails before heading home.

The continental breakfast at the hotel featured plenty of bread, oatmeal, cereal, orange juice and coffee as expected but did not have any pitchers of water. So we left breakfast, in my opinion, not hydrated enough. 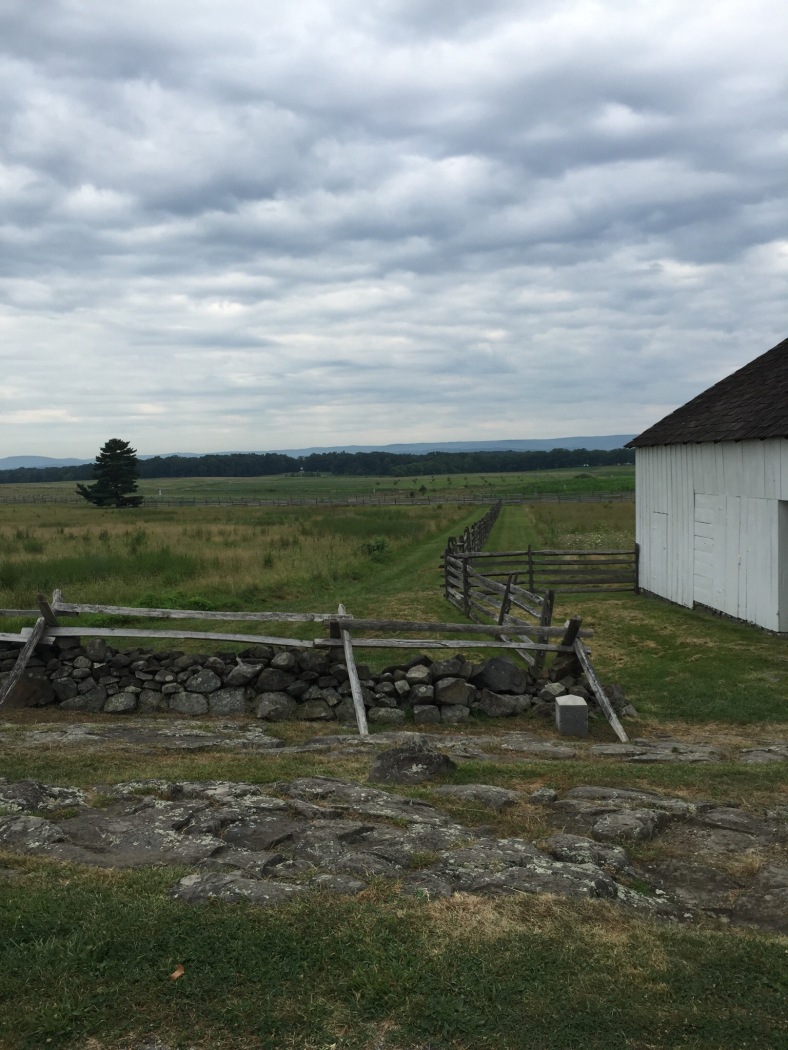 We set out for the walk, and before even going a mile we were sidetracked by the various monuments, Pickett’s Charge and of course, the Pennsylvania monument which we had to climb.

This boulder came from the school yard in Massachusetts where the soldier who died has went to school.

The walk wound through some wooded areas and down to the visitors center, where we gulped our weight in water at the fountains. 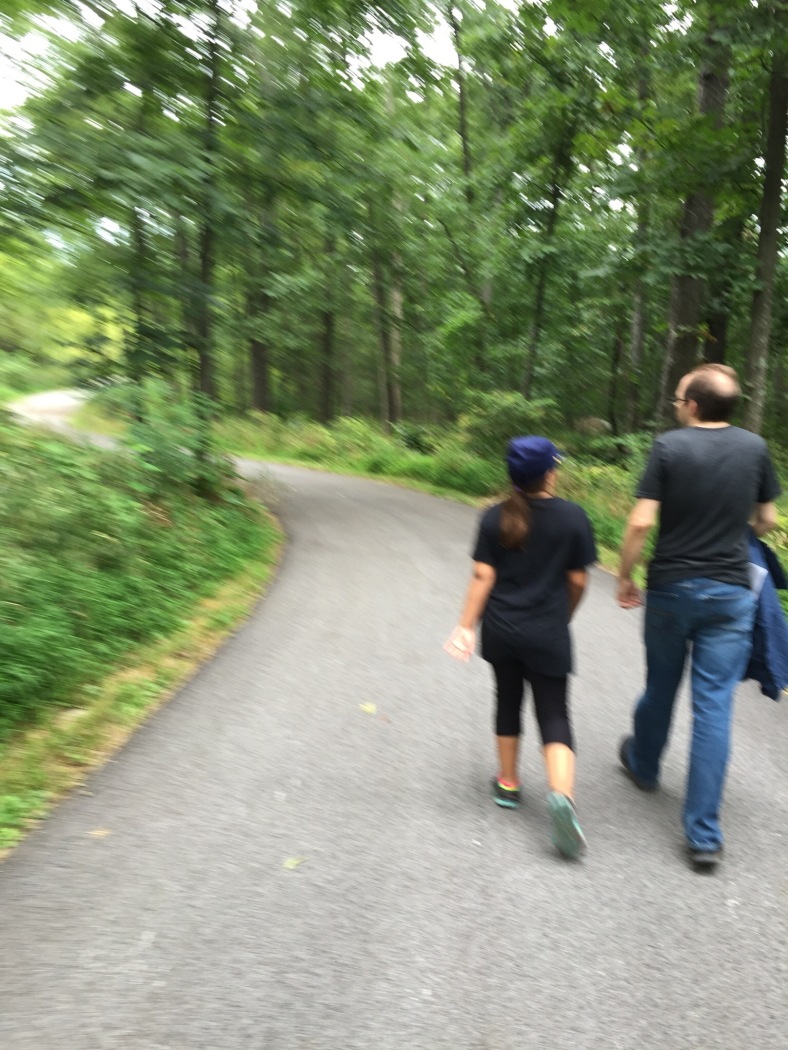 We also learned about the gear the Union soldiers carried, like the half tent, and how the guns worked.

Somehow, we managed to make the 5k into 5 miles by the time we made it to the hotel. It was 11 a.m. and check out was noon. The family begged for a dip in the pool. I gave them a half hour to swim while I repacked the bags that were dumped out to find the already packed bathing suits. I also uploaded my photos and had a snack. Everyone dressed again, we checked out, and we drove to the National Cemetery parking area for the town trail.

At the Rupp Center we learned about spinning wool and the differences between wool and cotton fibers.

We had a great time perusing shops, had lunch at The Pub which we had missed the day before. Amazing burgers. Mine had blue cheese and chocolate chips. Yes, you read that correctly, blue cheese and chocolate chips. Which was funny because on Wednesday I had a funky burger at Twin Rivers Brewing Company that had peanut butter and bacon. Both blew my mind. 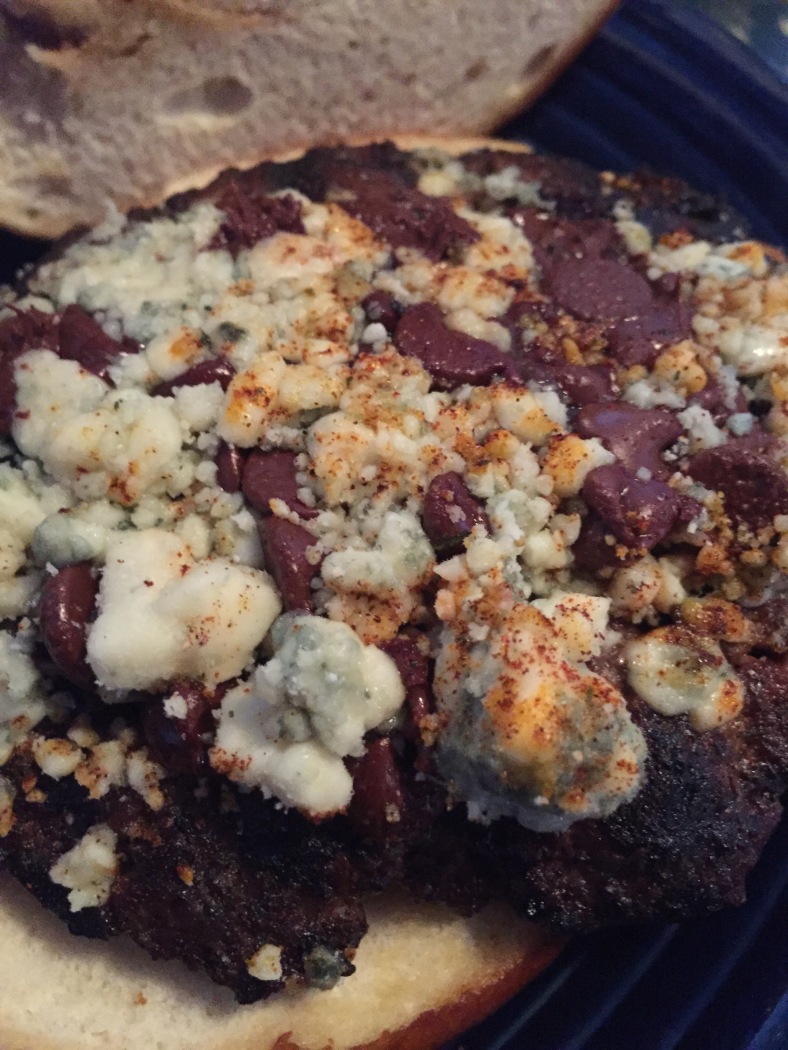 We had reached about 4 miles at this point, and we backtracked to visit the malt shop. I have a weakness for a good malted milkshake. And this was very worth it.

We had already surpassed 9 miles for the day by the time we reached the car. My daughter was stuffed with too much burger and milkshake. We drove out to the confederate trails. More unbelievably pretty monuments. Some so lifelike they were eerie. We trudged out of the car, all very tired at this point, and did our best to complete the 5k trail that left from the amphitheater.

We all came home exhausted. Good news is that my daughter finished her AVA 10 event book. Husband is the only one left who hasn’t reached that milestone.

The moral of the story: You need three days in Gettysburg, not two.

I work retail. This means I rarely get predictable patterns in my schedule, several days off in a row or a regular weekend off with my family. My husband works at a local college. He never has an easy time with vacations in the summer or January because there’s always a new semester around the corner.

My daughter has reached her preteen years and we only have a certain amount of time before she won’t want to spend time with her parents.

After our very successfully trip to Barnegat solo Monday, I thought a family road trip could be a great way to spend this weekend as it may be the only weekend left in the summer where no one in the family has commitments.

We ended up in Gettysburg, using TripAdvisor to book our hotel at more or less the last minute.

The drive went smoothly. We arrived at the Gettysburg YWCA around 1 pm and (after using the restroom) retrieved the directions for the local Volkssport walks. Gettysburg has 3. We took directions for all three. Even signed up for one of the award patches since daughter has decided she would like to collect them.

We immediately embarked upon Walk 1. We knew we needed to find lunch. We walked to the armory, through a residential neighborhood and into town. Gettysburg was having a town wide yard sale today so that made the initial walk very colorful.

My friend Gayle had recommended eating at the blue building in the center of town. We departed from the 5k directions to view our dining options (especially since “the blue building” had a twenty minute wait at 2 in the afternoon). We had narrowed it down to Eddie’s Texas Lunch or Thai. The family agreed on Thai, Thai Classic IV to be precise. 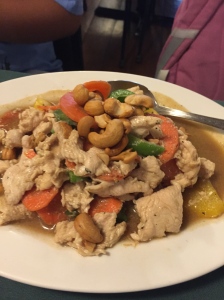 Very tasty food. Child had cashew chicken. I had panang curry. Darrell had something with noodles and broccoli. And very delicious shrimp cakes and dumplings to share.

We also picked through the merchandise at the army goods store. We followed a military convoy on the way down and enjoyed seeing the various trucks and equipment in various camo patterns. At one point, child said, “there are a lot of hot guys in those trucks.”

By the end of our meal, child was very anxious to see the hotel. She’d only every stayed in a hotel once before with her girl scout troop. So, armed with cupcakes from Jimmy Cuomo’s we finished our first 5k of the weekend.

My husband and I decided to share our cupcakes, one caramel latte and one Boston creme pie. Similar to the people walking around in Civil War costume, we had our own reenactment. We repeated a scene from our wedding. But I look so much more “badass” now.

My daughter can’t believe the luxury here at our two-star America’s Best Value Inn. A hairdryer. A bathtub. A closet. Extra pillows. An ice machine. A pool. She thinks this is the best place ever. 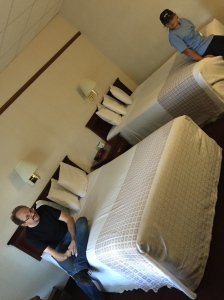 As soon as I can extract her from the pool, we have a candlelight ghost tour scheduled for tonight.