Before I begin with our adventures in Russia, let me summarize a few things from our last hours in France. I have a habit of following eateries from around the world on Instagram. It usually begins because I make an ethnic dish and post a picture on Instagram. Then, I check photos of other people’s versions of the same dish. On an African food kick recently, I discovered La Riziere in Paris. 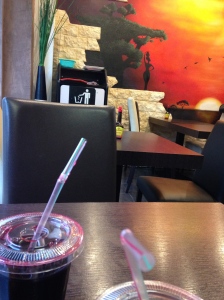 I had a hard time sorting out the menu, but I decided, with much assistance, to have a beef dish in peanut sauce. 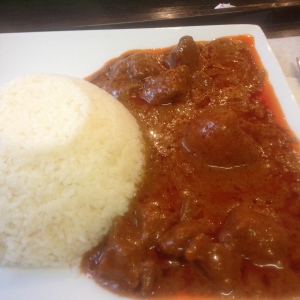 My companion got chicken. 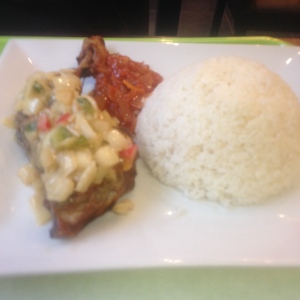 I had a great night’s sleep and in the morning we quasi-enjoyed our final Paris breakfast. It had started to rain (we had great weather while there) and had decided that the coffee kept getting worse every day. I did enjoy the rattle and hum of the metro train as it passed beneath the building. I have mixed feelings about our hotel room on the sixth floor that was at the top of a spiral staircase. With all the miles we walked yesterday, the stairs were tiring.

We flew from CDG to Moscow. The flight was uneventful. My scarf, MacBook Air and toiletries were pulled aside for a security check. Which is funny when you consider I’m not a big toiletries girl and I don’t wear make-up. Then in Moscow, customs pulled me to the side. Again, a seemingly random check.

We almost thought we broke Russia like we broke France. Oh, wait, France was broken. We didn’t do it. They had technical issues getting the bags off the plane.

And then we decided to use public transport into town. First, we withdrew rubles from the ATM. M forgot their was a terminal-to-terminal shuttle that we could have taken from where we landed to the other side of the airport where the train departed. He had me jogging for about 1/2 to 2/3 of a mile. He has a longer stride than I do. He used the machine to purchase tickets.

And we were fine coming into Moscow. The outskirts of Moscow looked very industrial and full of identical highrise apartment buildings. The initial views of Moscow were basic. We followed the crowd to the subway. We even got tickets. When the seller heard M speak English she even held up a calculator so he could read the price.

But we realized, as we went down this fast and clunky escalator in this gorgeously clean and gleaming tunnel, that we can’t read or speak Russian. I thought I had learned to speak some. He had tried to learn to read some. Our grown up boring lives intervened and we have realized our Russian language skills are useless.

But we did it! We did ask for some help, but I think we could have done it on our own. We also think we’ve determined how the system works. I suppose tomorrow will tell.

We also asked for help finding our street. But we got here!

And the hotel is way fancier than anything M usually stays in, only because of the falling value of the ruble when he booked it. When we turned the corner from a side street into the main area of downtown Moscow, I could not believe how visually stunning Moscow is. Prettier than Paris. 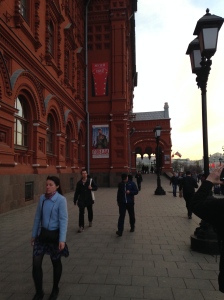 We’re a tad concerned because it looks like Red Square might be closed for next week’s parade. This was as close as we can get: 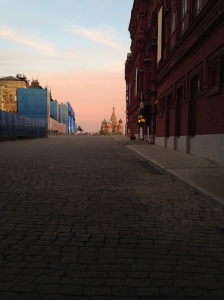 But hey, thank goodness for zoom function on the old iPhone 5c: 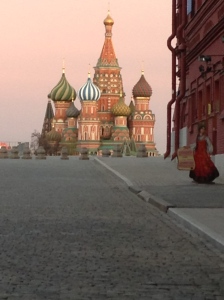 After a brief walk, we went for dinner at an Italian cafe. They did feature Russian food so I had pelmeni (Russian ravioli with meat filling, in a butter sauce with sour cream) and redberry mors (a very tart and sweet homemade juice). It was extremely yummy. 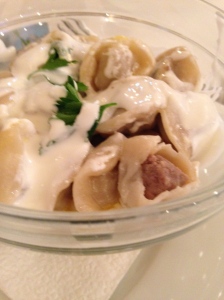