I wanted to come to Washington, D.C., to visit my friend, M. I intended to come last weekend but didn’t because of the forecasted snow storm.

My teen wanted to come, but I rescheduled the trip for this weekend and she had school… so I thought… what if we made it a social justice tour in honor of Martin Luther King Jr.

So, I signed her out of school to “explore social justice in our nation’s capital.”

We ended up on the campus of Georgetown University’s Law Center. And had a sandwich nearby where I tried my first pastrami.

I don’t know why I never had pastrami before. 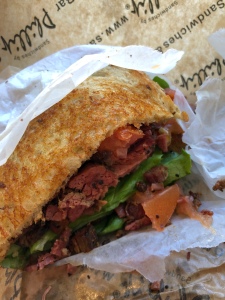 We then attended a rally for Marzieh Hashemi, the African-American journalist and American citizen who lives in Iran and works for the English language Iranian Press. She is also a Muslim convert. 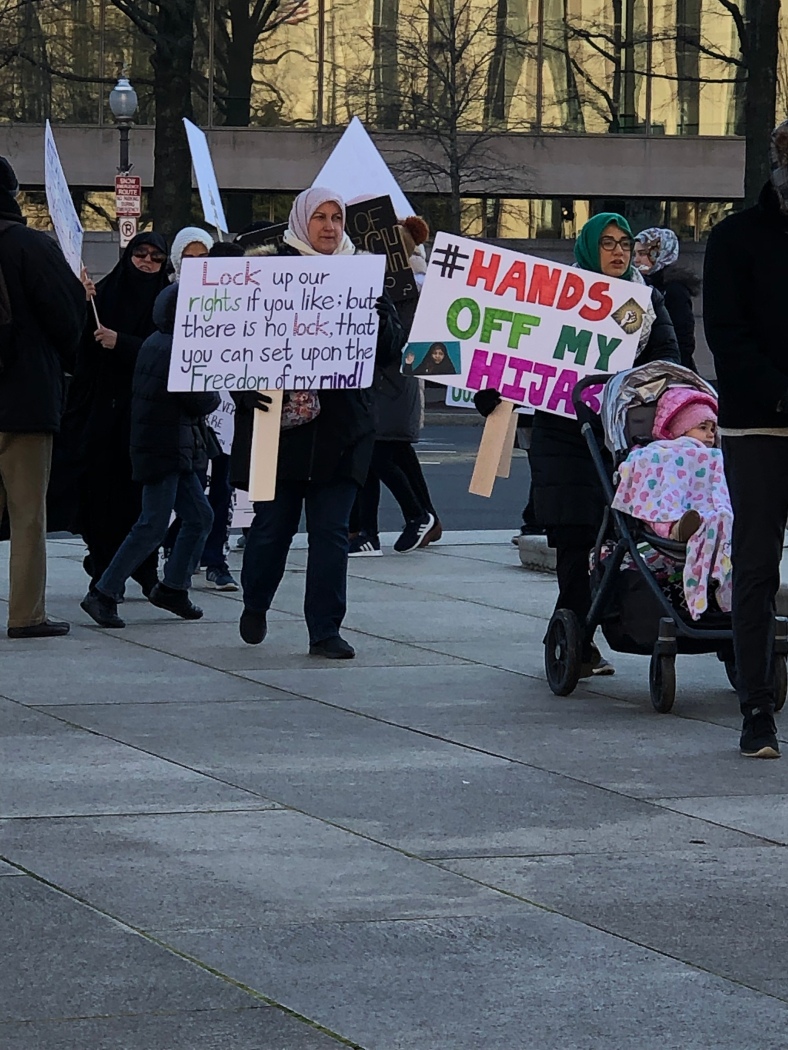 Marzieh recently came home to the United States to visit family when she found herself “kidnapped” by the FBI and transferred to two different detention facilities, where she was not offered halal food nor allowed to wear her hijab.

I had heard Marzieh’s story on NPR’s Morning Edition and saw M posting some updates on her situation on Facebook. When he mentioned a rally and protest today, I wanted to go.

She called her 11-day imprisonment an act of “intimidation” and encouraged all of us to make sure we make a difference with our lives because we will all eventually die. 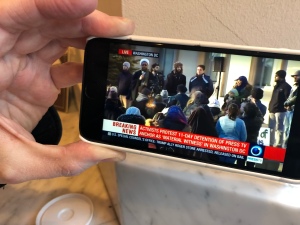 Meanwhile, my daughter ended up on Iranian TV. See the little blue globe in the photo and the brown haired girl in the jean jacket? That’s my baby.

The beginning of the event:

Marzieh’s son talks about growing up in a home that the FBI raided without reason: