Our second day in Somalia featured some excursions outside of Mogadishu. We visited… for lack of better terms… a camel dairy farm.

Apparently we arrived at just the right moment as two of the camels were mating. We were told that camels mate for four hours, and we had arrived in time to see the camels finish. (I posted a video on my Instagram account: angelackerman.) A baby camel gestates for 13 months and will have an average life span of 25 years.

Camel milk is touted for its medicinal properties against cancer, HIV and other diseases. We tried some fresh out of the camel (from a communal African bowl) and it was sweet and had an almost vanilla-like taste. I kept comparing it to almond milk in my mind.

They gave us some in a plastic sandwich bag, tied at the top in a knot, to take home. The armed guards in our contingent and our other staff also took some, but they bit the corner off their bag and drank it right away. We put ours in the hotel fridge. After dinner, M bit the corner off the bag (not as eloquently as our Somali hosts) and we poured it into our water glasses.

I mixed up the glasses and M corrected me. At this point I reminded him that we had shared a communal bowl with a bunch of random Somalis and he was concerned about switching our glasses…

We both decided that cold it tasted like milk. We were disappointed as neither one of us likes milk. Maybe you have to drink it warm. 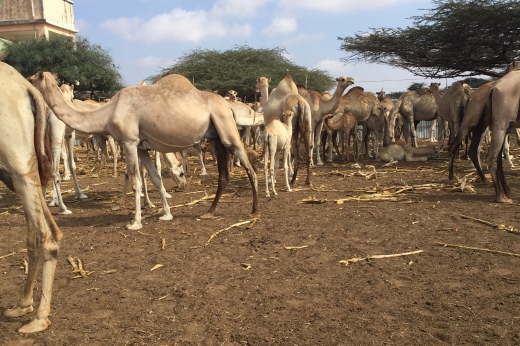 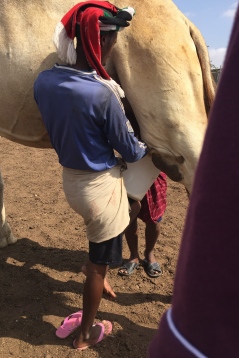 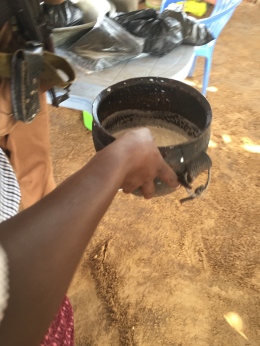