I heard about the attack at Lido Beach while at work today. I visited Lido Beach last week. Last week.

I flew to Mogadishu on a flight from Djibouti, a stopover on a flight from Jeddah, Saudi Arabia. I and my travel companion, M, stepped onto a plane full of black African men and women in black niqab.

The flight was originally a Jubba flight, but it turned into a code share with Daallo, the Djibouti national airline that had once gone defunct.

I noticed immediately that the staff appeared to be Eastern European and not very happy about their current assignment. Part of the problem was apparently the baby that a preschooler had on her lap. A preschooler was holding a baby on her lap before take-off!

I think, perhaps, the enthusiastic flight attendants were bickering over who needed to deal with that. The woman crew member finally gave the baby to the man who might have been the father and moved the girl to next to the potential mother.

The flight attendant went for the baby lap belt extender and somehow, the baby ended up on the child’s lap again. This flight attendant, receiving no help from the male staff member (I swear he folded his arms, huffed and went and sat in his fold-down seat), seemed on the verge on losing her mind.

She finally forcefully grabbed the baby, realized how gruff she seemed, and made some sort of Russian-esque “coochie coochie coo” noise. She passed the baby to the mother and buckled everyone in before they could move.

And we didn’t see flight attendants again until landing.

I don’t want to digress too much with the beginning adventures, but now that I’m safely home I can tell you we stayed at Hotel Sahafi and I found it amazing. 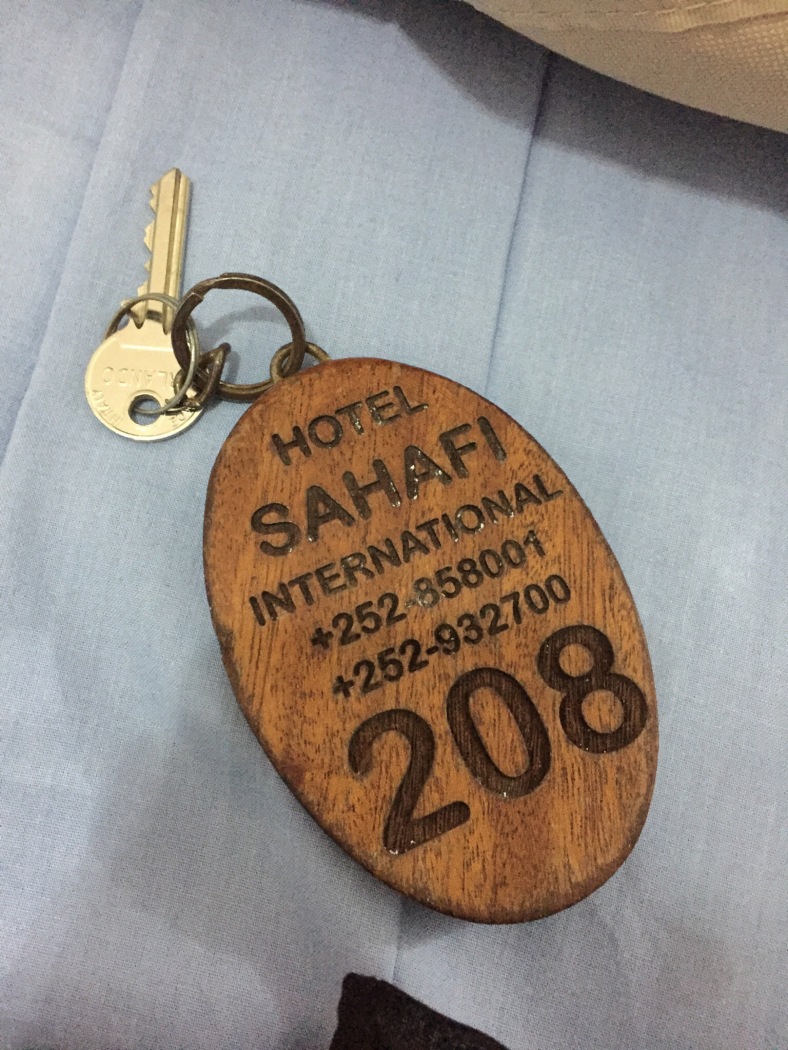 There staff did a wonderful job feeding us and protecting us.

The first place we visited was Lido Beach, the most recent site of a terrorist event. Last week I was there. Last week I was frisked (in that special intimate kind of way that only happens in Muslim countries) and passed through a metal detector to go the beach.

And I did think it odd to have such tight security for the beach, but I had just arrived and it hadn’t really sunk in where I was.

And we had four armed guards with us as the local population frolicked on the beach. 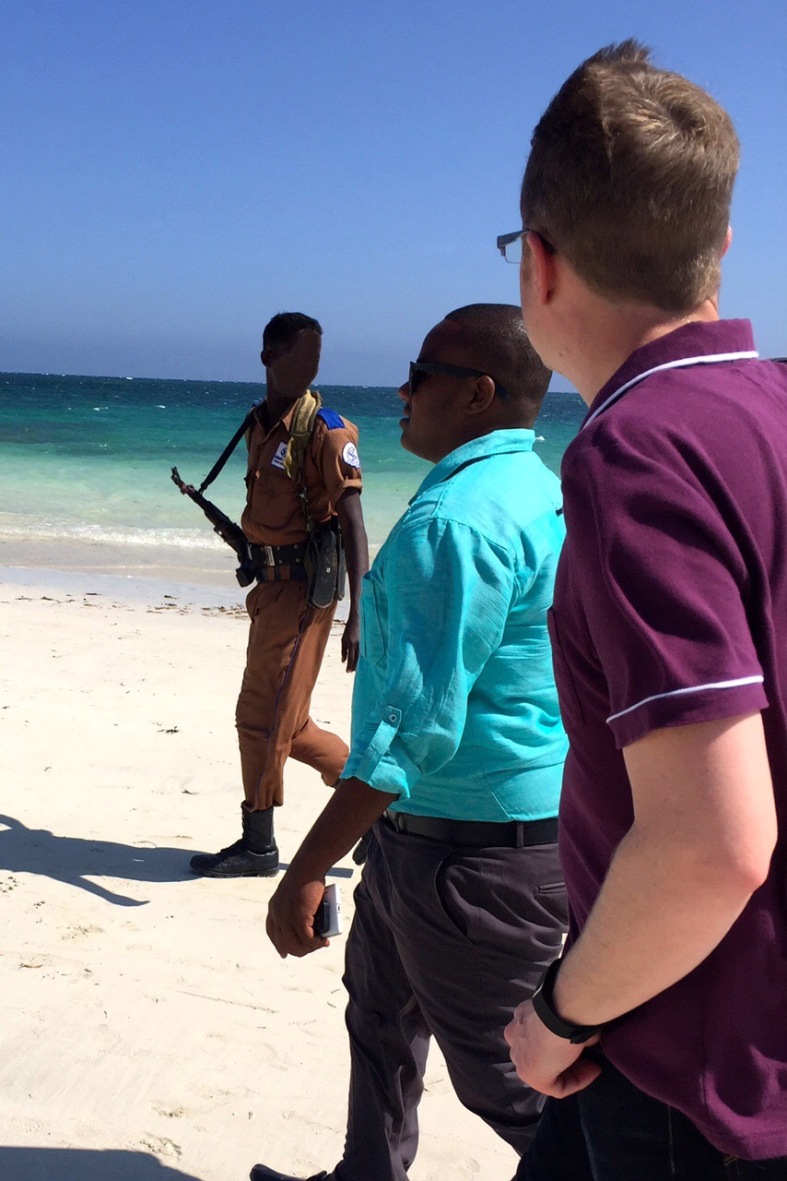 The woman swam in their long dresses and headscarves. Boys and young men played a game of soccer in the sand and joked that we were scouts from FIFA.

But Mogadishu suffered a nearly 25 year civil war, a tribal war that only ended in 2012. Hopefully someday this gorgeous city and delightful population will be a place safe enough to visit without security.

But today it is Mogadishu. 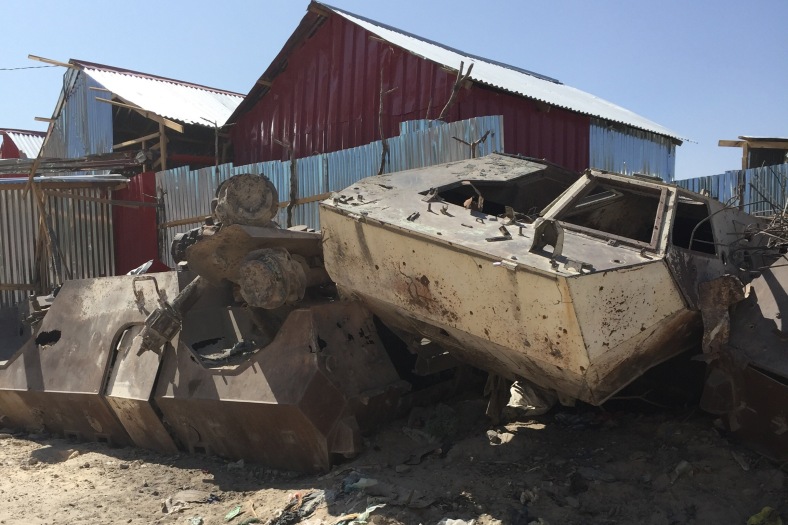 Of “Black Hawk Down” fame. 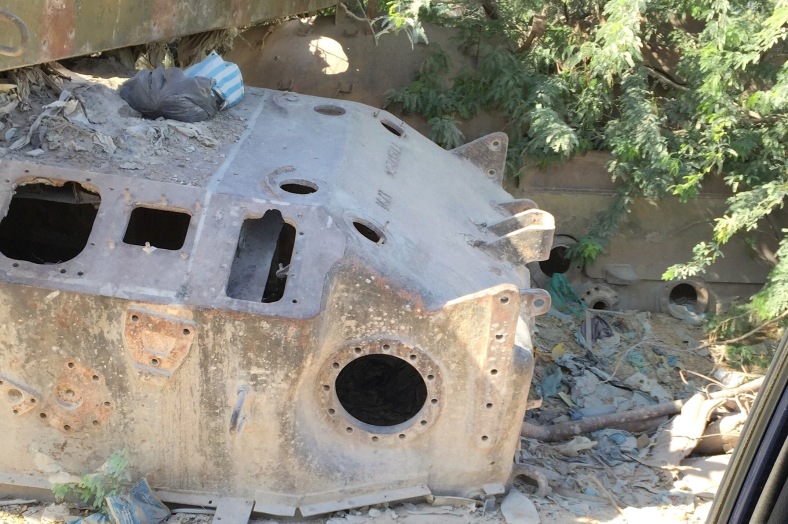 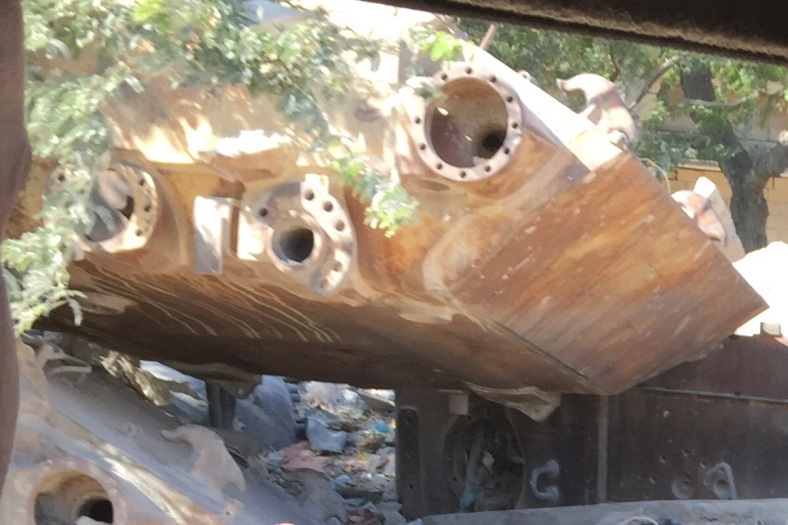 Where Pakistani tanks line the streets in addition to American military carcasses. 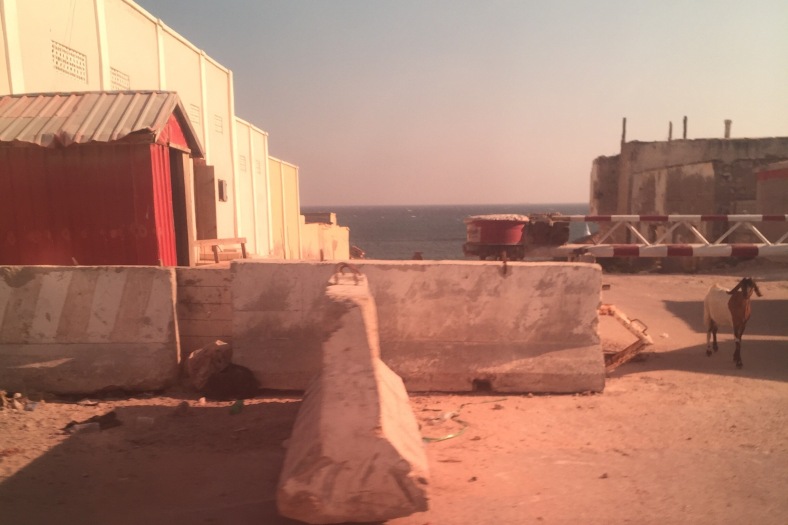 A land of barricades.

And passive defense systems to protect against suicide bombers. 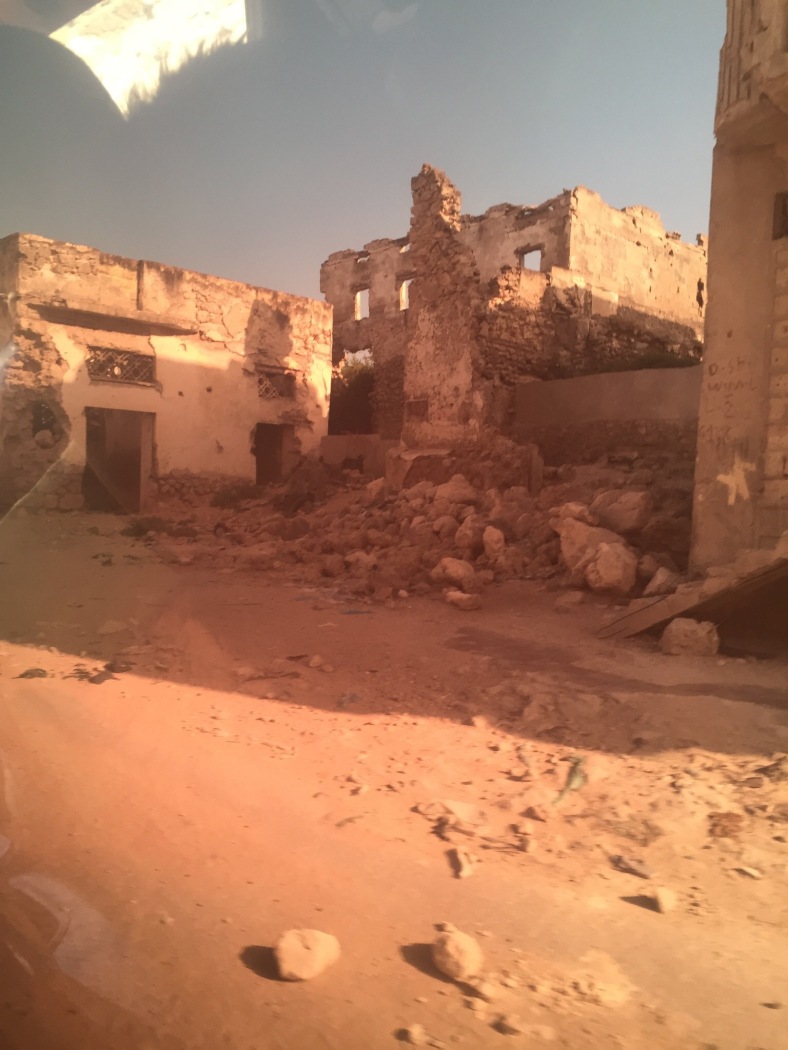 And battered buildings, many “destroyed” but occupied.

Even what used to be embassy row… Now protected by barbed wire and suicide bomber walls because peacekeeper soldiers sleep in the wreckage of what used to be the embassies. 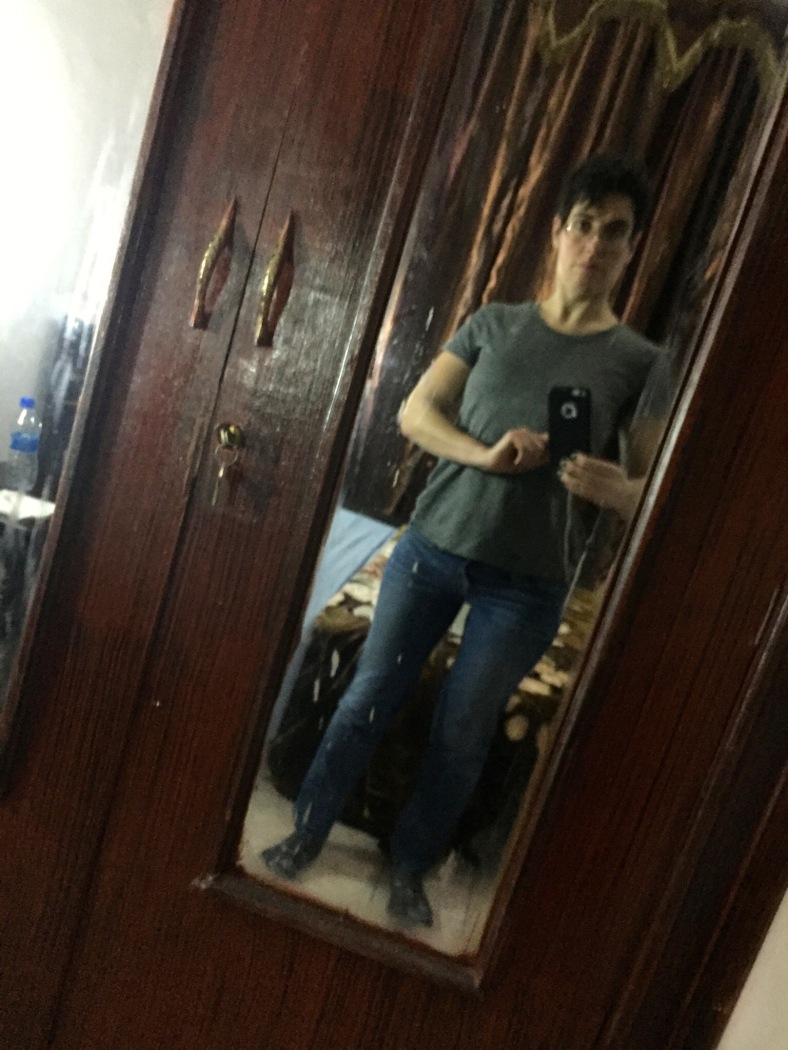 But in the end, I went back to a cozy hotel room.