I think it’s Thursday. I’m not sure. I’m drinking another bad cup of coffee, but decaf, as it is almost 9:30 p.m. Today was a fun day, we didn’t get that much exercise but the heat is still near 100 degrees. And I have yet to get a sunburn.

It took me about twenty minutes to figure out how to use the single serve Keurig. Hey, it’s been a long day… Because of all the crazy food we ate today, the teens opted for snacks instead of a meal so we stopped at Target (beer and wine. Sigh. Can you imagine beer and wine at Target in Pennsylvania. Gayle wouldn’t split a six pack.) The teens decided on cereal and milk. One got Cocoa pebbles, the other got Honeycomb. That got me craving Life so I got Market Pantry Cinnamon Oat Bites.

In my confusion, I forgot to get myself dinner. (We have a microwave we could have gotten frozen dinners.) But the milk is in the kids’ room. Yes, the kids have their own room. That’s a story for later in this post. So, right now I’m eating a half a box of cereal dry with an alligator slim jim.

But let me start with the beginning of the day…

If I can remember.

After our excursion to Waffle House, we headed to the University of Georgia’s aquarium. I will post more about that later, because even though it was small, it was very well put together and I got lots of photos and video.

Then we went to the Tybee Island lighthouse and climbed 178 stairs. The grounds of the lighthouse were amazing. It had three tenders at one point. And there were some fortifications to explore, but I will break those into another post too.

I want this to be about the journey.

After lunch at Chicken Lickin’, we took the scenic route up to Charleston and stopped at the Carolina Cider Company. Soda, pastry, CIDER in apple, peach, cherry and blueberry. Various fruit butters, I bought sweet potato butter and a bottle of pecan syrup. And the alligator stick. And a butterscotch root beer. 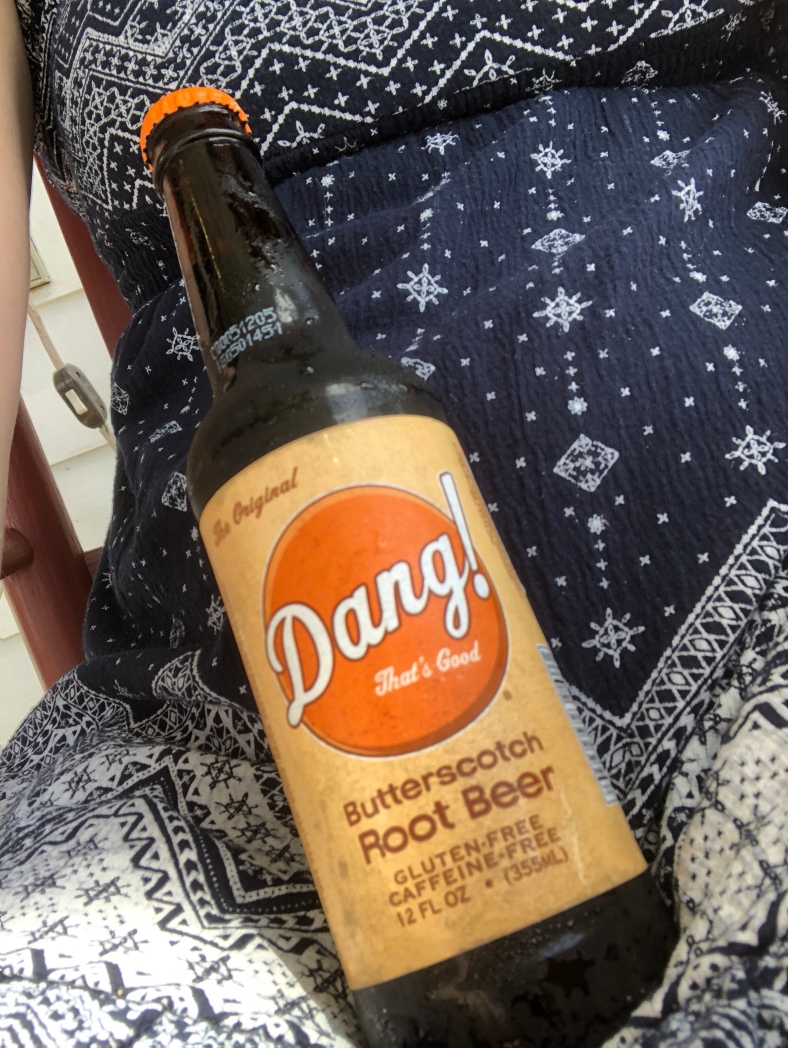 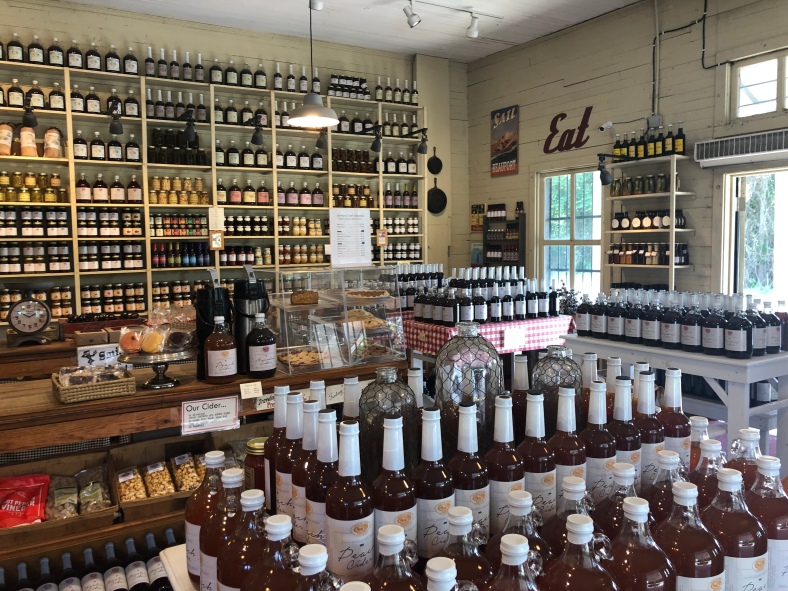 I booked the room via Hotel Tonight again. The deals near Charleston were no where near as cheap as all of our other destinations. So I splurged and picked the “solid” hotel instead of the “basic” one. So we are in a Wyndham Garden hotel tonight. Except I couldn’t request 2 beds, so we ended up with two rooms with king beds. But so far, we have been way under budget with hotel rooms so… you win some, you lose some.

At first I planned on dividing us by family. My daughter didn’t like that idea. So we let the kids have the second room.

We went to Azalea Park and learned driving through town that Summerville is the home of the first tea plantation and where Southern style sweet tea was born. 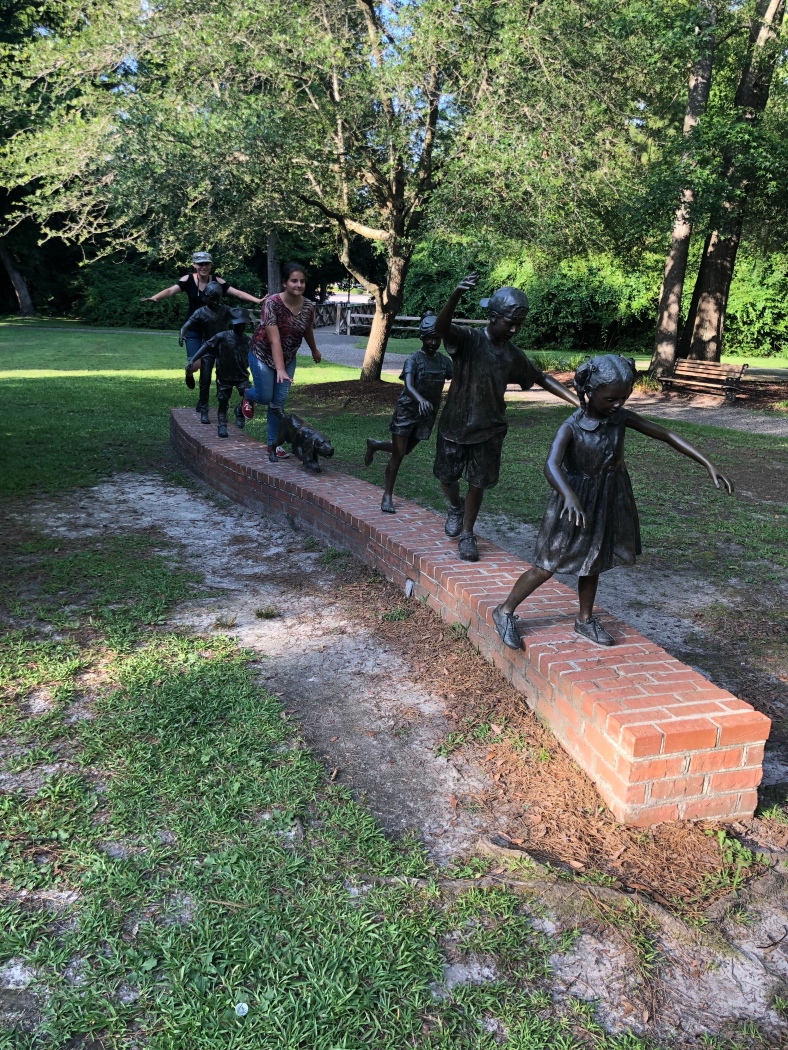 And the evening was spent at the hotel swimming and eating breakfast cereal.